Showing posts from December, 2016
Show all

Have Yourself a Merry Single Christmas 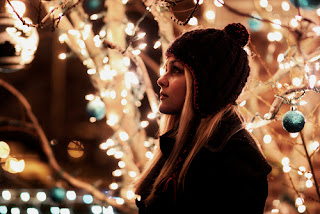 So here we are again. Christmas is right around the corner. And here I am again, alone. Watching an almost constant barrage of “Every Kiss Begins With K” commercials. (Am I the only one that really, really dislikes them?) And Facebook posts with couples and parties and presents and joy. Bah Humbug! When did Christmas become such a romantic holiday? And whose idea was it to start kissing under the mistletoe? Did you know that mistletoe is actually a parasite? It attaches itself to a tree or shrub and absorbs the moisture and nutrients from the host plant. (Sounds like a couple of boyfriends I’ve had.) It can even eventually kill the branch or entire shrub it clings too! Doesn’t sound so romantic to me. I did some research though and did find the probable origins of the custom. It most likely started with the Celtic Druids. Because mistletoe can bloom even during the frozen, coldest of winters, the Druids viewed it as a divine indication of life and energy. They began to use
Post a Comment
Read more
More posts