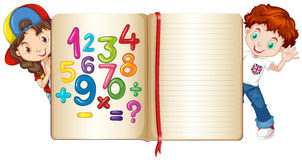 13. The answer is 13. And this simple equation is relevant because that is the age difference in years between me and this guy I recently went out with. (Let’s call him Brad)

And no, I am not, nor have any designs on becoming, a cougar. I have too much insecurity, wrinkle face cream products and cover-the-grey hair dye to try and compete with girls in my daughter’s generation. What’s more, I do not have the patience.

Call me old fashioned, but I never really understood the whole cougar thing anyway. Plus why is it a ‘thing’ when it is an older woman? Older men date younger all the time. It is applauded and high-fived. It is typically seen as a win-win for both parties. Yet when the trend crossed over the gender line it suddenly had to be explained. It couldn’t just ‘happen’, there had to be reason. So after careful research ‘they’ decided to label the older woman a ‘cougar’. Which by definition is a reclusive, territorial wild animal that is an ambush predator........I don’t tend to get insulted easily ......
but really??
However I did in fact go out with him…..and here is how it started….and ended.

I am being honest here, even though parts of the story may sound condescending on my part. I apologize in advance for what may appear to be patronization.

Contrary to my previous declarations, I am still on a dating website. One day a few months ago I received an email from Brad. Immediately I did notice his age. Now this is not the first time I have received an email from a significantly younger guy. But most of them are actually more of the ‘wild animal ambush predator’ type then I have ever thought about being……If you know what I mean. (This is a family friendly blog after all.) But Brad was different.

His email was well written. Thought out. A little self-deprecating, but still sweet. His pictures were of his passion in life; drag racing. (And not one bathroom selfie, which to this day makes my head hurt when I see one. I am right up there when it comes to the annoying tendency of selfies; but with my shower curtain as a witness, I have NEVER taken one in the bathroom. But I digress…)

Brad’s email seemed sincere and his profile was old school charming. So I wrote back. Mostly as a polite gesture. I did not see myself dating someone that much younger. Mind you, I have no problem ignoring stupid or suggestive emails. But his was neither. We had a few exchanges and to make a long blog short, I did eventually agree to meet him.
Honestly, however, my goal in meeting him was to ‘set him straight’. He seemed like a great guy and I thought he was just mis-guided and on the wrong path. In my vast knowledge on this subject (please, please note the sarcasm), I was convinced if we met and he saw and experienced all of my “51-ishness” (I love how writing my own blog gives me creative grammar license), then he would turn tail and run. My anti-cougar would be painfully obvious and the situation would resolve itself. He could resume his search for a nice young girl his own age.

We decided to meet for dinner. I will admit that I felt a little awkward; like it would appear I was having dinner with my son. In reality he was more mature looking and even cuter than in his pictures.  I don’t think the age difference was that apparent, I was just overly sensitive. This was, after all, my maiden voyage going backwards down the birth date scale. But I actually had a good time. Imagine that! He was smart and very funny. In fact, despite everything, I will give the boy props for being hilarious!

After dinner, as he walked me to my car, I made the first of probably a few fatal errors. I admitted to him my original thought process going in; to prove to him that he didn’t really want to date someone like me. I did follow quickly with the honest revelation however that I really enjoyed myself. (One of the quirks of my personality as I have gotten older is I am more apt to speak what comes to mind. My filter has worn out somewhat.) I do think he was a little taken aback by my honesty. But he rallied and still asked me out for a second date. We made plans to see each other again.

We actually went out a fair amount. I even met his parents. I experienced, for the first time, drag racing and learned the definition of a ‘back up girl’. He was thoughtful and a gentleman. A bit old fashioned, but that fit with some of my ideals and background too. Despite all my reservations about dating someone younger, I found myself starting to like him.

Yet I was still self conscious. I obsessed just a little too much about the age thing. (I tend to be my own worst enemy.) I don’t really know how much that played in the demise, but slowly things changed. It happens. I discovered details about his life that explained some of his decisions and thought processes. His inexperience in the relationship/emotional arena was evident. Communication became an issue. Until finally one day he just walked away.

It stung a little. It was also a bit humbling. I was so sure I was going to ‘teach him a thing or two’. Truth be told, I was the one schooled. But it’s all good. There are times we need to be reminded that regardless of our age or perceived maturity, if we are open and willing, we can still learn and grow. Every relationship, no matter how brief or even doomed, can teach us something.

When all was said and done, I do not think it was an age difference as much as a personality difference that did us in. But it did reconfirm my position that I tend to be more the ambushee than the ambusher. Which I guess at the end of the day is better. Maybe…

So since it IS almost summer and school will be out soon, I will forgo any more complicated arithmetic.