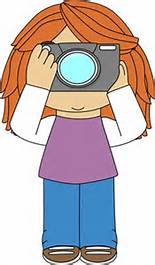 Picture taking has come a very long way in just a few short years. Not that long ago, if we wanted to have a memorialized photo of an event or trip, we had to carry a bulky camera around with us. Some of them were instant cameras where the Polaroid picture came out still damp and had to be shaken dry. I remember having a camera and buying film that had to be mailed back in tiny pouches. I would wait over a week or longer to see my pictures. And there was no editing. Fuzzy. Dim. Closed eyes. Half a head missing. You got what you took. Period. Of course then the digital age took over and we all had cameras with zoom and editing functions. You could take ten pictures and delete the nine you didn’t like without wasting film. You could crop them and brighten them and send them directly for printing or save on a disc. Then someone figured out that if you turned the camera around at just the right angle YOU could be in the picture! And the Selfie was born. (Useless Trivia Alert – Hollywood cameraman, Lester Wimbrod, claims to be the ‘inventor’ of the selfie way back to the early 80s. He was always running into celebrities and wanted to be in the photo with them. So one day he just decided to hold the camera out with his arm, turn it, and snap the picture. He took so many of them, and became quite famous locally for doing so, that they were originally called ‘Lesters’. He took hundreds and recently compiled them and posted on YouTube.)

Today almost everyone has a cell phone and every cell phone has a camera. So we have now become obsessed with snapping pictures of everything. We take pictures of sunrises and sunsets. Being out with friends. Places we go. We document our work and our hobbies. We take pictures of our food; whether we cooked it or are eating out. And of course, the aforementioned selfie. I googled it, and apparently worldwide there are over 90 million selfies taken every day. That seems a little crazy to me, but then again, I account for at least one or two of them myself. Another piece of Trivia…“Selfie” was the word of the year in 2013.

There are cameras everywhere, not just on our phones. Street corners, stores, traffic lights. It is literally impossible to leave your house and not have your every move documented. And let’s not forget the drones buzzing around overhead. I am not sure who, if anyone, ever really monitors or watches the feed, but make no mistake, it is out there somewhere. (Even more reason to make sure the socks match and the hair is brushed before leaving the house…Ugh. If I am going to end up on QT's camera footage, I have to at least not look like a homeless girl.)

I have to say the oddest use of a camera I saw recently was in a TV commercial for a Samsung Refrigerator. Apparently, with the right appliance, you can now look into your fridge without opening the door. I am not sure how lazy YOU are, but even at the height of me not wanting to move, I can still manage to open the fridge to find out if I have milk for my cereal. In the commercial the husband calls home to find out if they need eggs. The wife (it is just an assumption on my part they were married) is actually IN the kitchen doing something but tells him she can’t check at the moment. But not to despair, he could use the Fridge AP on his PHONE to look INSIDE the refrigerator. Which he does, and what do you know, they have eggs! (Does the light come on inside when you turn the AP on??? Because it is dark in there when the door is closed, right??)

Now, I’m not gonna lie. I have been at the grocery store and wondered if I needed ketchup, or mayo or any number of things really and it would have been quite handy to look at my phone screen and see the inside of my refrigerator. But doesn’t that sound a bit creepy? Or is it just me? What if the AP messes up and you end up looking in your neighbor’s fridge? (That’s why Martha isn’t losing any weight…….Or I thought John said he was a vegetarian…Or Jenny has fallen off the wagon…..) Where will the madness end? Checking the oven to see if the cake is done? Checking the dryer to see if the clothes are ready? Oh, I know…checking the mail box to see if there is anything in there besides junk mail. THAT is an AP I would use!

And while for the most part, the hidden security or strategically placed cameras are useful and maybe even fun, sometimes they can be used for ugly and mean purposes. So we need to be careful of our surroundings and take note if something looks or feels off. One example is the new car dash cam that is growing in popularity now. The advertised purpose is to record what is going on while you are traveling to document who might have been at fault for an accident, or how a particular confrontation might have gone down. The first time I saw one, I was getting into a car recently going on a date with this guy. We had met before, but I had never been inside his car. It took me a minute to figure out what it was, and then I was just a little taken aback. Is it on all the time? Does it record our conversation? Do I need to worry how I sit? (Ok, I know that sounds bad, but seriously, who knows??) I didn’t like it. I am sure it was innocent enough, but I also realize it could be used for non-innocent things.

And while I am on the subject, let me just take a minute and say to my single friends out there, please be careful of the pictures you send through the ‘air waves’. It might sound fun and flirty. And of course everyone has to decide for themselves what to do and where their limits are. But remember, no matter what someone promises you, once the ‘send’ button is pushed; you have lost complete control over that image. I know, I sound like a mother or school marm, but I know sometimes in the moment things sound like a good idea that can end up being regretted.

Ok, enough of that! This world is a beautiful place, and all that beauty should be documented! So go out there and point, press and post! I don’t really care what you ate for dinner, but I’ll scroll through that to see the gorgeous rainbow on your way home, or the new litter of puppies, or your son’s graduation. And the next time you pull up at a gas station or go into Kohls, look up at the cameras and Smile! They will all wonder what you are up to!