It's Independence Day - Let The Weak Be Strong 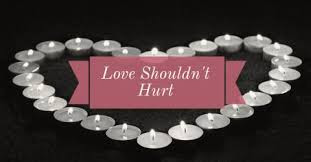 In 1994 Martina McBride released a powerful song about one woman’s response to years of domestic abuse. I have heard (and love) this song many times but did not know until today that it was actually based on a true story. I have another true story to tell. This one did not have the same fiery ending, but it does highlight the fear, chains and despair of this silent tragedy and the beautiful freedom won by one of the strongest and most courageous women I know.

Well she seemed all right by dawn's early light
Though she looked a little worried and weak.

Lillie was born in 1958 and raised on a cattle farm in the mid-west. Theirs was the typical small town farming community, mostly poor and deeply conservative. Lillie’s own parents had a tumultuous relationship and life at home from an early age was filled with hard work outside and very little love or emotional support inside. She had a strict religious upbringing and was not allowed to date, at least not until the preacher’s son noticed her.

Lillie was 16 the summer that she started seeing Paul. As young teenage girls often do, she fell in love quickly and found in him the attention she was not getting at home. Only the attention was not always of the loving kind. Even as a teenager himself, Paul was already controlling and demanding and Lillie saw glimpses of behavior that worried her. But, again, he was the preacher’s son; he had to be a good guy, right? Plus, both families were very quick to endorse and encourage the relationship and soon even a marriage. After eight months of dating, and with the signed permission of her parents, Lillie married Paul shortly after turning 17.

The physical abuse started about the time the ink on the marriage certificate dried. It was the typical tale of the slightest perceived indiscretion throwing him into a rage that resulted in bruises and black eyes, looking down the barrel of a gun; followed almost immediately by a tearful apology and promises to stop. It was a cycle that would continue for years. They lived in that same small town and it didn’t take long for everyone to know what was happening. Not only because the evidence was displayed on her pretty young face, but he was not even very particular about his surroundings when he decided she needed to be put in her place. Family events, public places, even walking down the street; he would turn on a dime into a raging fiend. Yet no one came to her defense. No one took her aside to tell her that this was wrong, unacceptable and she didn’t have to live that way. Lillie recalled for me one instance where he followed her and her mother to the grocery store, pulled her mother out of the car, knocked her to the ground and then proceeded to wail on Lillie. Someone from inside the store called the police and he was arrested; for disorderly conduct only, and sent on his way. Lillie went down to the magistrate’s office with him in a show of support for him, because that is what she thought (and had been taught) a good wife did.

I know what you are thinking. I admit, I thought the same thing. Why did she put up with it, defend it? Why did she believe it was ok and normal? Why didn’t she just leave? Well, I’m glad you asked because I’m going to explain it to you.

First, she was young and sheltered. Second, she did not have a loving home/marital relationship modeled by her parents. Third, and in my opinion very crucial, no one in her inner circle ever did anything about it or tried to help her. As a young girl just starting out in life, she believed that since no one made a point to intervene, then it must just be the way things were. That she deserved it for messing up. That a man had a right to say or do anything he wanted with his woman, including violence and rape. And by the time her good sense and maturity kicked in and told her something definitely was terribly amiss, she had two children and breaking up the family seemed wrong and very overwhelming. Ultimately, it was, in fact, the children that gave her the courage to leave. There came a day when one of her daughters walked up to her daddy and said, “Please stop hurting Momma.” At that moment, the curtains parted and the light of clarity shown in Lillie’s heart. She took her children and got out.

I know this is a longer blog than I usually post, but please hang in there with me a few more minutes. Lillie has a few very important things to say.

Getting a divorce and walking away from the abuse did not end her suffering and trauma. Years of this lifestyle left emotional and mental scars that followed her around for years; some probably still linger today. It is a life truth that sometimes the ‘evil’ we are familiar with is easier than the ‘good’ we have never experienced. Different is scary and walking a new path can be hard. But I am happy to report that Lillie is doing great. She did eventually find true love from a man who not only saw and accepted her pain but slowly and consistently set out to heal it. When I first asked Lillie if I could share her story, she said of course but didn’t know what good would come of it. Then I asked her to tell me what she would like other girls/women going through the same thing to know. That’s when her eyes lit up and here is what she said.

-You did nothing to deserve this. It is wrong and no one should have to live this way.

-Controlling behavior looks like caring behavior at first, but love shouldn't hurt. Ever.

-Love yourself first and foremost. Many abusers do not behave badly all the time. Sometimes they are funny and even romantic. The victim often excuses the bad behavior because they truly love the ‘good’ version and can even enjoy some moments of their life. However, the bad is always there, under the surface. You have to love yourself enough to believe you deserve good all the time and take the steps to get out.

-It will be hard at first. Leaving an abusive relationship is always the right thing to do, but it isn’t always easy. You will have doubts. Your lifestyle may change for a while. Money may be tight and fear of the unknown will cause concern. Self-esteem and trust issues are a reality. But as is true with anything great and worthwhile, stay the course. Believe in yourself and know you are beautiful, worthy and the future ahead is yours to own.

I am very grateful for Lillie and her trust in me to share her story and allow me to share it with you. If you are in an abusive relationship, whether just dating or in a marriage, please take back control of your life. If you have already done that, and are struggling; stay the course. Take courage in Lillie’s story and claim her victory as yours also. And equally important, if you know someone who is living this nightmare, do not….please do not, stay silent. Say something. Do something. Show up in their life and offer help. Obviously, not everyone will respond and some women will choose to stay; that is just a sad truth. But at least you will know you tried.

Thank you for taking your time during this July 4th holiday to care about Lillie.

She appreciates it and so do I.

Let freedom ring, let the white dove sing
Let the whole world know that today
Is a day of reckoning.
Let the weak be strong, let the right be wrong
Roll the stone away, let the guilty pay
It's Independence Day.