The Intelligence Link To Mental Illness 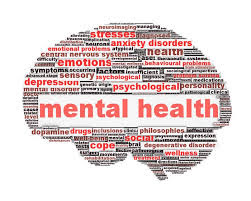 Abraham Lincoln was a lawyer, our 16th President and highly regarded as one of history’s most influential figures. He was also described by those who knew him as being extremely depressed much of his life.


Isaac Newton as a mathematician, astronomer, author and physicist was key in the scientific community and revolution. His mood swings are historically documented.
Beethoven, the great composer and pianist of the world’s best classical music suffered great bouts of depression and even considered taking his own life.


More modern day examples: Buzz Aldrin, Jane Pauley, Terry Bradshaw, Mike Wallace, Tipper Gore. These are all notable people with accomplishments, awards, the spotlight and they still share the same experience of depression, anxiety or some other form of mental health issue.
So, what’s the deal? Is there a credible link between intelligence, creativity and crippling brain disorders? The scientific community is mixed on their opinions. There was one study by neuropsychologists at the National Institutes of Health involving MRI scans on individuals with high IQs and anxiety issues. The conclusion was they all had a similar brain quirk. There were lower amounts of a certain element in the white matter in a specific part of the brain. Their analysis was that as humans evolved, intelligence and anxiety may have advanced at the same rate.


This was a relatively small study and widespread belief is there is little neurological connection, but there are some definite reactionary components as discovered in a study done by Mensa; the society of individuals with an IQ of 132 or over. (The average score is 85-115.) A study for multiple mental health disorders was performed on Mensa members and the outcome was that a quarter of them were diagnosed with a mood disorder. This percentage is quite higher than the national average of 10% and would indicate a distinction between a high IQ and depression/anxiety.
One of the reasons the Mensa researchers cited was a concept called OE (over-excitabilities). Basically an OE is an intense reaction to anything perceived as a threat; which could be physical or emotional. This deep emotional response in intelligent people causes them to overanalyze and often obsess about even daily situations. They worry about minute details and replay decisions and situations over and over in their head, worrying and debating the what-if’s and should they have done something differently. They struggle with letting things just go and moving on. They constantly look for the next best thing or breakthrough. This can obviously cause high levels of stress and anxiety. They also tend to worry about the future and how their lives will unfold.


There is an upside, though. These OEs also cause heightened awareness and fuels creativity and artistic abilities, which is borne out by the list at the top of the page. This also explains why even though they experience episodes of anxiety and depression, many are still highly functional and achieve success in both personal and professional endeavors.
Coincidentally, the research does not prove the opposite of this theory – that people without anxiety are collectively less intelligent. However, there may be a small sliver of truth in the saying: “Ignorance Is Bliss”.


Regardless of where you fall on the IQ scale, mental health issues will most likely affect most of us at some point whether within ourselves or a friend/family member. It is important to understand the dynamics and details about the disease and to educate yourself. There is no shame in asking for help if you feel overwhelmed or lost. And if someone you love is experiencing symptoms of depression or anxiety, reach out to them. Let them know you are available for them, support them and never judge them. It is not our place to guilt them into just trying harder or by saying ‘just get over it’.
Mental illness is a real, biological disorder. It is through research, empathy and understanding that we take away the stigma. As intelligent beings we owe it to ourselves to be aware and accepting.


And to always…
Hope With Abandon