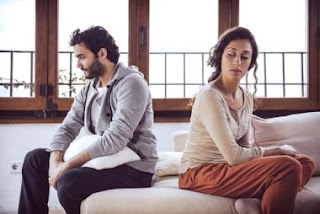 We all understand that trust and loyalty are the bedrock of any relationship. At the point two people decide to become exclusive and focus all their time, efforts and energies into one another, the emotional dynamics change, and the first brick is laid on that foundation. While talking about cheating may be awkward, it is important to make time to discuss what each person considers cheating and its overall impact. In today’s high-tech world, communication of all types is easier than ever, so it stands to reason that technology also makes it easier to blur the lines of fidelity. Is sending a Facebook message to an old girlfriend/boyfriend wrong? Is exchanging emails with a co-worker after hours crossing the line? Is a kiss the same level of cheating as having sex? Is an emotional affair just as damaging as a physical one? The answers to these questions vary among individuals and I suggest knowing where your new partner falls on the continuum before the cement sets on too many of
2 comments
Read more

My Will And Testament For Life

People are encouraged to have a will that expresses their desires and plans after passing. While most people do not actually want to think about it, I do agree it is a good idea. There is also a ‘living’ will designed to document your wishes for medical treatment or directives should you become unable to communicate them due to your condition. (I’m a little more on the fence about this one. Keep me here as long as possible!) But, today, I want to talk about a WILL for the LIVING! A Life Will! A Testament to how you and I should be conducting ourselves while we still can. I love the official definition of WILL. When I looked it up it said..”an expression of inevitable events”. How is that for a positive statement! Inevitable…..now this word means inescapable, unavoidable, certain! What are you certain about today? What are some traits in our life that are unavoidable, or should be? Here is my list of determined choices for my own Personal Life Will! I will be THANKFUL. Is e
Post a Comment
Read more 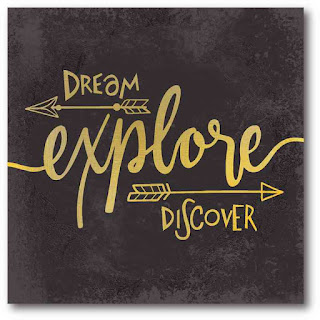 Yesterday we talked about the challenges of being a lone sailor in a sea of couples for Valentine’s Day. This holiday highlights our ‘uno’ relationship status and many feel particularly lonely or discouraged. I would like to do my part to ward off those negative feelings. In my last post I talked about starting a Single File; a ‘place’ where your thoughts, activities and goals are stored so you can work on becoming the best version of YOU! We started off with the Friendship File. Today we move on with two more, starting with The Enrichment File. The Enrichment File I’m sure your life is full; mine definitely is. Yet, even with a rich and satisfying life, there is still room to grow. Our minds never stop thirsting for knowledge and we should strive for a steady flow of information, experiences, and conversations. For all the challenges and achievements won, there are multitudes still waiting for you to show up and conquer, ones that enhance joy and generate personal sati
1 comment
Read more 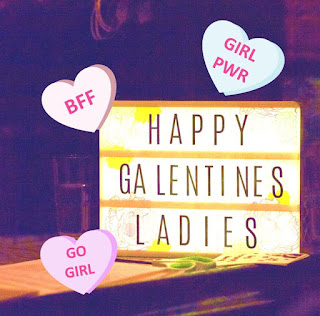 So all of us know what February 14th represents.  Regardless of how (or if), we celebrate or even acknowledge the day, there is a little red heart on almost every calendar printed in the US. It’s the day set aside to honor and spoil the person who represents love in your life. And while I have no objection at all to the holiday, this year I am a little more interested in the less well known holiday that falls one day earlier; Feb 13th.  February 13th is the unofficial, mostly unknown holiday of Galentines Day! And for those unaware of its meaning, it is a day for women to celebrate and honor their gal pals!  This is a relatively young tradition that has its origin in a TV sitcom. Leslie Knope from the Parks and Recreation show came up with this idea to have a brunch with her closest friends in what she called ‘ladies celebrating ladies’. I love this idea!! And if you google it, you will find article after blog post on WHAT to do. So, today, my take is less o
Post a Comment
Read more 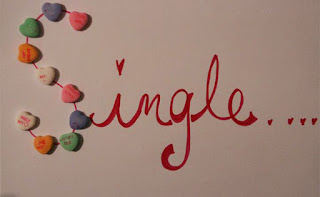 Being single during the Valentine season can often be a bit of a drag. Between online and TV commercials, Facebook posts and cut flowers showing up at every conceivable (and some not so conceivable) locations, it is hard to escape the fact that you are flying solo. It is my goal today (and tomorrow) to turn this time of your life into one of adventure and personal growth. I want to spend just a few minutes these next two days on some suggestions to help you create the best “single” version of yourself. These ideas are not limited to single people by any means, but I personally find it helpful to have a purpose, with goals and activities to keep me motivated, relevant, and inspired. I have started for myself what I like to call “The S Files.” We all understand the value of a good filing regiment, the storage of important information to pull out as needed. I would like to encourage all my single friends out there to develop their very own SOS (Soul Organization System). A direc
Post a Comment
Read more

Heart Hang-Over / The After Effects Of Being Drunk On Love 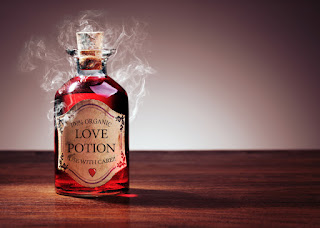 Fatigued, loss of appetite, headache, nausea, i rritability, body pain, lack of motivation….Do these symptoms sound familiar? Do you relate them to a night of excessive drinking OR a painful break-up? Both?? Well, that’s very often true! Both sets of problems feel extremely similar, and there are scientific theories to back that up. It turns out that the effects of alcohol and the feeling of being in love mirror each other. Both can make someone feel elated, invincible, uninhibited, strong. The region of the brain often called the ‘reward’ system, is tied to all addictions; alcohol and love included. There have been studies done that show the ‘love’ hormone Oxycontin mimics the intoxicating results of drinking. They target different areas of the brain, but have similar results. The bad news is the after effects of both can also be quite parallel. There are those who scoff at the physical ramifications of heartbreak, but there is an actual clinical term called ‘Broken
2 comments
Read more

My Date With A Wanna-Be Bank Robber (How Well Do You Really Know Someone New?) 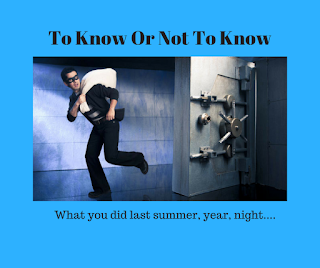 I admit, I made an out-of-the-box move. It wasn’t a bad move, and no banks (or any other establishments) were harmed as a result; but I did have a very interesting conversation spurred by a thought provoking question. Let’s start at the beginning. A friend and I had met after work recently for a bite to eat. While we were chatting, I noticed a guy at the bar eating alone. He was fairly attractive and nothing seemed extremely out of the ordinary about him. I had recently taken down my online dating profile and was considering a more organic approach to meeting someone. I was convinced he kept looking our way and on a whim, I did something I have never before tried. I took out one of my Hope Boulevard/Mid-Life Joyride business cards, wrote my name and number on the back and as we walked out, I placed it in front of him and kept going. I know…he could have been married, traveling on business, or a bank robber, but hey, I just wanted to try. He called before I got out of the parking
1 comment
Read more

How To Recognize A Winning Online Dating Profile (Part 2) 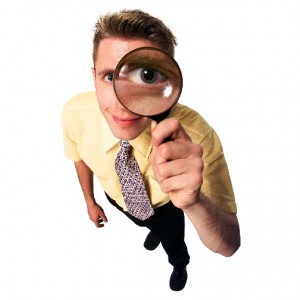 Yesterday we discussed how to put together an eye-catching and sincere online dating profile designed to put you on a successful path to finding a quality love partner. Now that you have profile masterpiece, it is time to peruse the other side of the aisle and see how much time, thought, and effort others have put into theirs. You are making important decisions about with whom to spend your time and get a glimpse into his/her world. You need to be intrigued and eager to learn more. You also need to be wise and careful. PROFILE HAZARDS I have wished many times for a profile decoder ring. A magical instrument that would untangle and translate words from a dating profile. A profile that supposedly was designed to entice and thrill, oftentimes just confuses and dismays. It’s ironic to me how in an attempt to put their best foot forward, so many people end up putting it somewhere else and truthfully reveal things they never intended. I believe there are some distinct patterns
Post a Comment
Read more 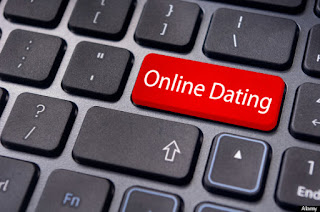 (Excerpt from my book; Mid-Life Joyride. Chapter Four – On The Road Again; Ready To Love) The start of a new year brings a flurry of resolutions and reflection. One thing many singles consider is renewing their focus on finding a partner. According to a recent Match.com study, the Sunday after New Years boasts the highest traffic for online dating sites and has the most newly created profiles of any other day. With that in mind, I wanted to share my experience and insight on creating a winning and successful online dating profile and offer some tips on crafting that all important first message.   Online Profile 101 The first thing to do is decide what you are looking for or hoping to gain from this experience. Not everyone online is looking to remarry. It is okay if you are one of those, but it is not okay if you are vague or unclear about your intentions. Almost every dating site that I have ever been to has a section that gives you the opportunity to explain what you a
Post a Comment
Read more
More posts