My Date With Non-Shallow Hal 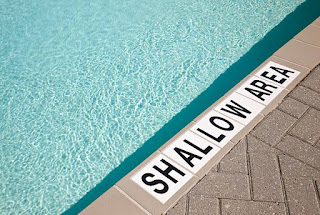 Shallow Hal was a quirky romantic-comedy movie from 2001 starring Jack Black as a man only interested in the outward physical beauty of a woman; earning him the obvious name Shallow Hal. He was grossly inept at meeting women and after a brief encounter with famous life coach Tony Robbins, was hypnotized to only see a woman’s inner beauty. The rest of the movie unfolds as he starts to date; then lose, then date again a woman who is outwardly obese, but a true gem on the inside.  The moral of the age-old story; that beauty is only skin deep. Fast forward to 2017 and my encounter with a very progressive; non-shallow Hal (aka Chuck).

Chuck and I met; where else, online. He was from the mid-west; in the medical field and new to the area. He was a few years older than me; with three daughters. His first wife died when his daughters were very young, and I was impressed with the way he spoke about being a single father. (I know I shouldn’t be more impressed when a guy does it; women do it all the time. But for some reason, it does warm my heart a bit.) Anyway, he did meet someone and marry again when his daughters were teenagers, and that marriage ended in divorce. So, there he was on a dating site and there is where he found me and asked for a date. I accepted.

Being in the medical field, he had strong and educated opinions about healthcare and other current trending topics and I found the conversation to be interesting and informative. We met for coffee and then decided to move on to dinner. I picked a rooftop restaurant, we walked over and settled in.

I did notice he was very friendly to (and observant of) the others around us; striking up conversations with those at nearby tables and the wait staff. I do not mention this as a red flag or bad behavior, just as an observation of an outgoing and engaging guy. About mid-way through dinner we had moved the conversation towards more personal experiences and history. It is very common for me to inquire about a date’s previous online dating stories. I suppose some of that could be called research, and the rest is just plain being nosy. In any event, I did ask Chuck about his, and here is a paraphrase of his answer.

“Well, the first time I tried it, I met Julie (honestly, I have no idea what her name was), my second wife. She was 15 years younger than me and beautiful. I have always been attracted to much younger women. (That’s not exactly a newsflash, either.)  She was really good with my daughters at the time, and I was very happy. I guess she wasn’t though, because she left me. The only other time I tried online dating was after I moved here. I decided to be less shallow and I met you, and here we are.”

Did you get that? Or is it just me? Am I being too sensitive? Read it again, for me. He decided to be less shallow, and in becoming less shallow, he widened his search and BAM, there I was. I know, I get it, I am being too sensitive. I told my daughter and another friend and both said he did not mean it that way. The way that makes me the older, less attractive woman that he would normally pass by.

Now the polite thing for me to do would be to dismiss the comment, not dissect it and then interrogate him about. But, alas, that was the decision I made. I wasn’t really upset; I truly wasn’t. I found it pretty funny actually. I am in full awareness of my age and my appearance, and make no excuses for either. I’m perfectly happy with who I am. But I just could not find it within myself to let the words just float freely out into the night. I had to ask him about them.

Of course, he denied any malicious intent or insensitivity. He was merely pointing out, and proudly so, that he had matured, gotten wiser with age, learned how to truly recognize and appreciate a quality woman. Nice save! Truly, it was just a quick blip on the radar of our evening. We enjoyed the rest of our dinner, continued our conversation and had a nice little stroll around town before returning to our cars. As we were winding down the evening he stopped and asked me a very interesting first date ending question; one I do not think I have heard before. He asked, “What is one thing you learned about me tonight?” Honestly, he asked that. Do you guys know me? At all?? Can you guess my response? I’m not proud of it. If I could take it back, I would. Truly. But I couldn’t help myself. I said, “I learned that you are no longer a shallow person.” I could tell he was not expecting that answer. He rallied quickly though and made a self-deprecating comment about foot in mouth disease. Then we said our good nights, I was gracious from that point on, and we parted ways.

No…. he didn’t call me back. I didn’t call him either. There was no second date. Did I want one? Not really sure. Was it my fault? Should I have just let it go? Maybe. I thought the banter was fun and good for a laugh, but I can sometimes be my own worst enemy and probably not nearly as witty as I believe myself to be. There is a part of me, though, that does feel like making such a statement -- out loud -- while on a date, might not have been his best move; but my exploitation of it was probably not mine.

So, it’s back to the drawing board. And I’m ok with that. Life, and love, is about learning and growth. While I love sharing my experiences and knowledge with you, I know I’m still on the journey as well. We are on Hope Boulevard together and I love having all of you as my traveling companions.

So, to all the non-shallow; enlightened and beautiful souls out there……